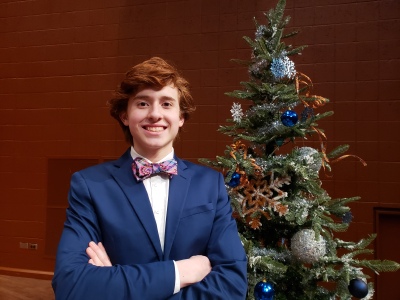 Samuel Leighton “Sammy” Maddox (b. 2003) is a fifth-generation native of El Paso, Texas.  Sammy became interested in piano at age four when his brother Ben began taking lessons with Mrs. Marilyn Robinson, with whom he started taking lessons after turning seven.  It was Mrs. Robinson who first recognized Sammy’s potential, labeling him a “prodigy.”  Soon she was assigning Sammy repertoire normally reserved for her much older students, which Sammy deftly handled.  Once Mrs. Robinson retired in 2013, Sammy, at age ten, transferred to the Studio of Dr. Esequiel Meza, Jr.  Recognizing Sammy’s advanced skills, extremely competitive spirit, and God-given ability to quickly memorize difficult repertoire, Dr. Meza immediately began challenging Sammy to reach new levels.  After just a few months, Dr. Meza commissioned Sammy, still ten, to give his official piano solo debut concert in December 2013, which featured repertoire from Mozart, Brahms, Bach, Bartók, Clementi and Debussy.  Sammy remained a student of Dr. Meza until May 2020, when he transitioned to the Colburn Music Academy in Los Angeles to continue his studies under the tutelage of the renowned Italian pianist, Fabio Bidini. 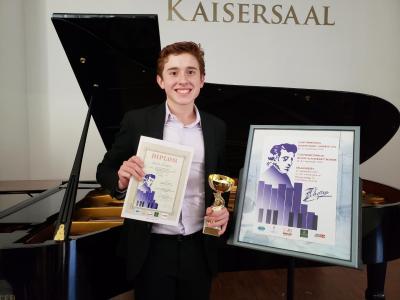 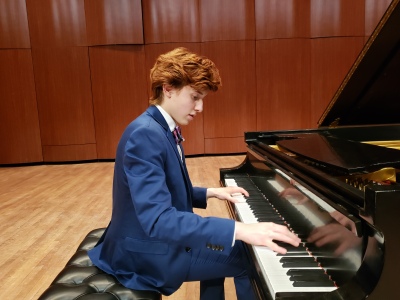 Sammy has so distinguished himself with his playing abilities that he has been called a “true artist” by Yamaha Artist Lara Downes and “the red-headed [Evgeny] Kissen” by Steinway Artist Dr. Bradley Bolen of Baylor University.  In recognition of his exceptional talent, Sammy was named as a Community Champion for February 2019 and featured in a news story by KVIA-ABC Channel 7 of El Paso, Texas, and was also chosen to be a featured performer on NPR’s From the Top radio show to be taped in October 2020.  He also had the distinction of being one of twelve pianists worldwide selected to attend the Young Artist Summer Program at the Curtis Institute of Music in Philadelphia in the summer of 2019.  Additionally, he had the special honors of being invited to perform at the PianoTexas Prepfest held at Texas Christian University in Fort Worth, Texas in June 2019, the V. Sarajishvili State Conservatoire in Tbilisi, Georgia, in October 2019, and in a side-to-side concert with El Paso Symphony Orchestra and El Paso Symphony Youth Orchestra to take place at the Plaza Theatre, El Paso, Texas to be held in March 2021. 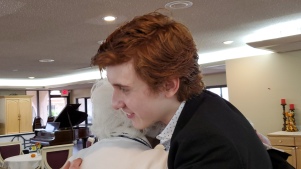 A devout Christian, Sammy has a deep desire to use his piano skills both to glorify God and to bless people by bringing some encouragement, enjoyment, pleasure and beauty to their lives.  Toward those ends, Sammy performs his music as a community service on a regular basis, donating time each year to play at area assisted living centers, children’s hospitals and churches.  He also participates in the EPSMF Outreach and Ambassador Leadership Program and records YouTube videos to share with the senior adult members of the Osher Lifelong Learning Institute (OLLI) on a regular basis as a public service during the ongoing global coronavirus pandemic.  And, he is a member of the El Paso branch of King’s Kids, an international Christian youth organization with a focus on missions. 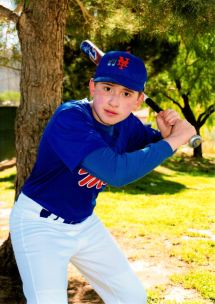 Sammy has been homeschooled since second grade, which has allowed him to deeply pursue subjects other than piano that he has been passionate about, such as languages, chemistry, astronomy and music history. 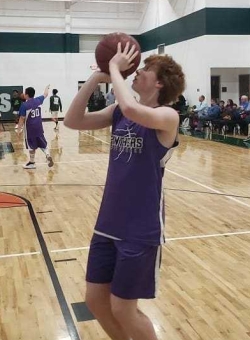 Playing team sports has also shaped a large part of his childhood. From ages 9 through 14, Sammy played baseball with the Southwest Baseball League, for which he was named as an All-Star in Spring 2017 and as the Most Valuable Player of his team in both Fall 2016 and Spring 2017. In high school, Sammy switched exclusively to basketball, playing on teams made up of fellow homeschoolers from the area.

When Sammy is not practicing piano, studying or playing sports, Sammy enjoys reading the Bible, gazing at the night sky with his telescope, speed solving Rubik’s cubes and spending time with friends and family.